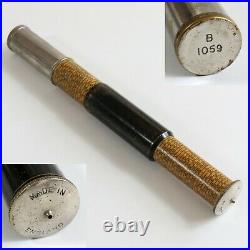 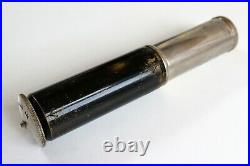 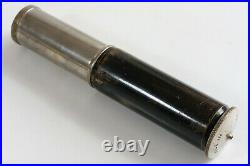 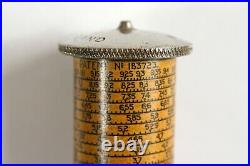 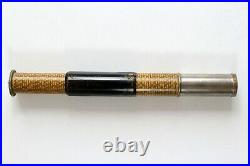 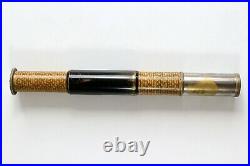 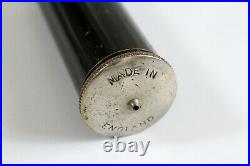 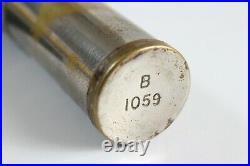 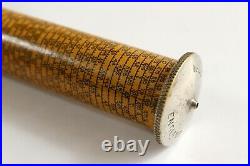 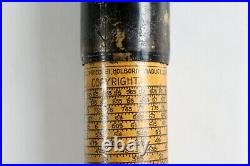 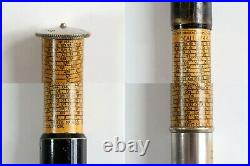 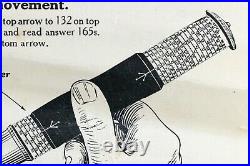 This exceptionally rare and hitherto virtually unknown Otis King Calculator is a Type A variant from the legendary "old B-series" (serial number B 1059), a type first identified in Richard F. Lyon's groundbreaking Oughtred Society paper of 1998 from a single example in a private collection. Since then, this is only the second Type A variant that I have come across, and with a significantly earlier serial number than the other known units. Lyon's article JOS Vol. 33-37 describes the hybrid Type A variant as follows. Late-breaking News: an Old-B-series Type-A-variant Otis King Model L. Otis King model L serial number B1914 has just been reported, and appears to be the only known example of the old B series. It has type-A cursor arrows, "Made in England" on the top, H[olborn] V[iaduct] address, and minor features that make it a little different from most (source requests anonymity).

The unique features of the Type A variant are clearly visible in this calculator. They include diamond knurling to the top cap perimeter (apparently unique to the B-series) and a curious projecting air vent, a seemingly vestigial remnant of the earlier keychain cap.

Any doubt that this was an intentional design feature is dispelled by a contemporary illustrated instruction sheet, which shows an identical arrangement complete with diamond knurling (please see last photo, provided for reference and not included in this sale). Another obvious difference is the hybrid cursor which displays Type A cursor arrows and barrel shape (photo 2), but is finished in black enamel as became standard from Type B onwards. At the bottom of the device, the serial number is arranged vertically over two lines as found in the earlier units, but the figures themselves are machined like those of the later Type B, as opposed to the Type A's stamped figures. Moreover, the Model K scales - identified by the scale numbers 429 and 430 (photo 11) - bear the Holborn Viaduct address (photo 10).

These clues all point to a date of manufacture around 1925, following on from the last of the A-series in 1924. Now approaching a century old, this example is in good working order, although with general paint loss to the black barrel (photos 5, 6) as often found in early Type B units. The nickel plating to the brass handle has also worn away in many areas, with some pitting to the metal (photos 7, 8). The scales and cursor slide smoothly without unwanted play or looseness, while the scales themselves are legible and show normal wear and yellowing of the varnished coating for a device of this age. Altogether, the calculator is a remarkable survival of an extremely limited output, and represents the "missing link" between the earliest Otis King models and the following half-century of production.

A rare chance to acquire one of the few Type A variants in existence, essential for the Otis King completist. This item is in the category "Collectables\Scientific Collectables\Engineering & Surveying". The seller is "graphography" and is located in this country: GB.