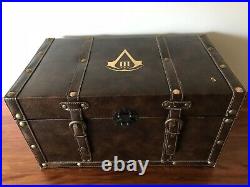 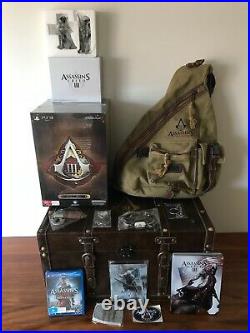 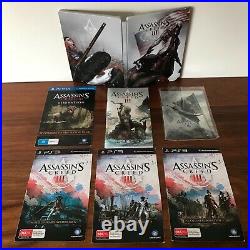 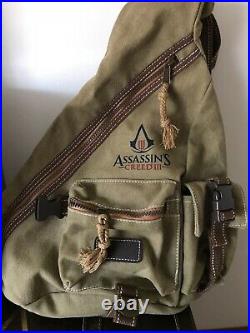 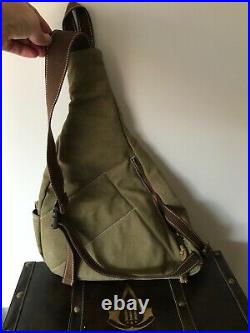 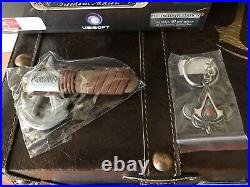 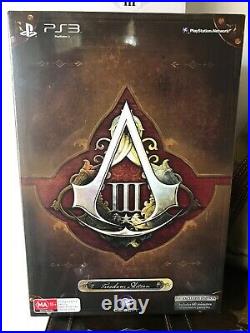 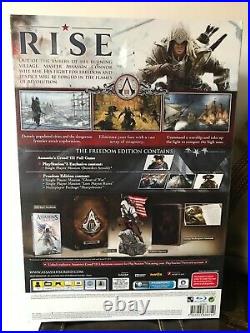 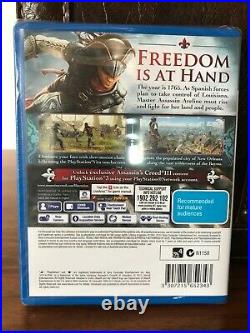 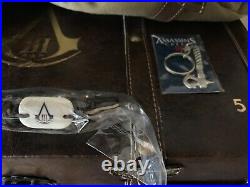 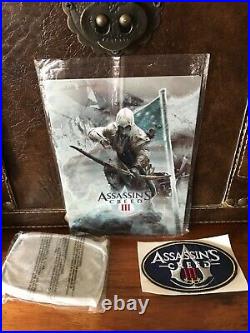 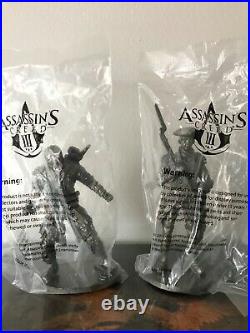 This is the ultimate Assassin's Creed Special/Collector Edition that was officially released by UBI-Soft Australia and EXCLUSIVE to Australia! There are only ten (10) of these exclusive, individually numbered, Assassin's Creed III Chest Editions made (worldwide) with this being No. Ubi-Soft kept two of these Chest Editions for themselves, with the other 8 being auctioned off, with all proceeds of the sales going towards the Sydney Children's Hospital. Note : What originally came in sealed/plastic packaging is still in it's original sealed/plastic packaging!

Bonus Single Player Mission: Ghost of War The tide of the Revolution turns into the Templars favour. Defeat your enemies and unlock The Pontiacs War Club, a powerful Native American weapon. Bonus Multiplayer Package: The Sharpshooter (Unleash the Sharpshooter fury in multiplayer with 1 new character, the Sharpshooter, 1 Relic, 1 Emblem, 1 special Picture and the Title of The Jester). PLEASE NOTE : Only game content is what is on the physical disc (PS3) and cartridge (PS Vita) - any codes are non functional by now! Please refer to all photos of actual items you will receive.

This rare Chest Edition will be carefully and safely packaged prior to posting out. Out of the thousands of gaming items in my collection, spread across several storage facilities, this is by far my most treasured (pun intended) and has been kept in my smoke-free home on display instead of stored away in storage tubs at a storage facility. While it will be very sad to let this go, I will be more than happy to hold onto this (maybe not so much the Mrs) should it not sell, as it is a very rare, and very unique piece of gaming history, not only from the wonderful gaming universe that is Assassin's Creed, but also as part of Australian gaming history as we rarely ever get anything exclusive of this caliber! For any more questions, pictures, or further information, please do not hesitate to ask.