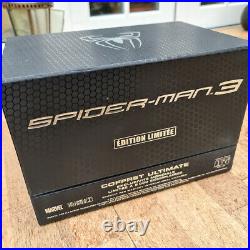 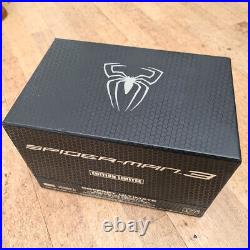 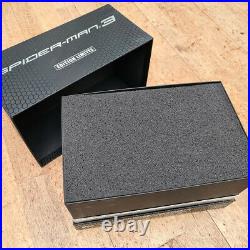 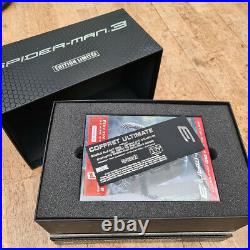 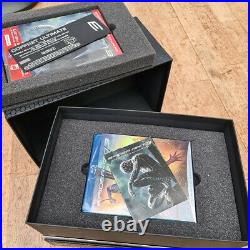 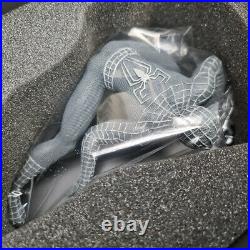 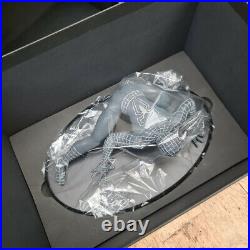 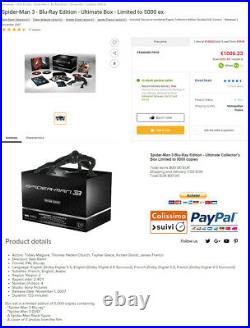 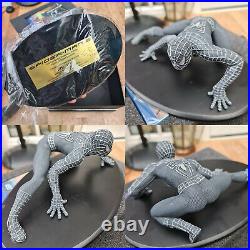 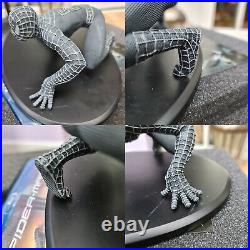 It comes in a gorgeous matt-black box with spot-laminated accents to depict the web texture from Spidey's costume. This particular set is #0890 of 5000 and comes with the exclusive Attakus sculpture of Spider-Man that stands 9cm tall and almost 21cm wide.

It's important to understand that the statue came with a broken foot, as most of them actually did at the time. If you were to look on YouTube for unboxing videos, or even read articles on collector forums, you'd see that it was a flaw in the way the statue was created where Spidey's left knee hovers over the base rather than rest on it, and only one of his hands rests on the base. This creates pressure on the left leg and caused the majority of them to break. I used a special modelling UV resin to re-attach the foot and it looks great - you only see where it had broken if you look very closely, and you'll also see that it's not possible for the tip of the foot to meet with the rest of the foot due to the stress of how the figure balances...

If you were to try and get a perfect alignment, it would absolutely end up breaking another one of the limbs so it's best left as it is. You can see the repair to the foot and the marks that must have been caused by the left hand hovering above the base in the last few photos. I have no desire to sell it at that price, though, and would rather it go to a good home. I've had the closed set on display now for fifteen years and my collection needs to be trimmed down to make room for new items.

The set contains, as per the original listing at the time of release. Exclusive Limited "Black Spider-Man" Statue by Attakus. Pouch containing a set of exclusive postcards from the movie.

Certificate of Authenticity (little leaflet you can see sitting on top of the DVD set in the 5th image). There is no damage to the outer box... No flat corners, no tears, no scores, no rips...

Just a perfect case, exactly as it was delivered in 2007. This item is in the category "Films & TV\DVDs & Blu-rays". The seller is "bytecage" and is located in this country: GB.